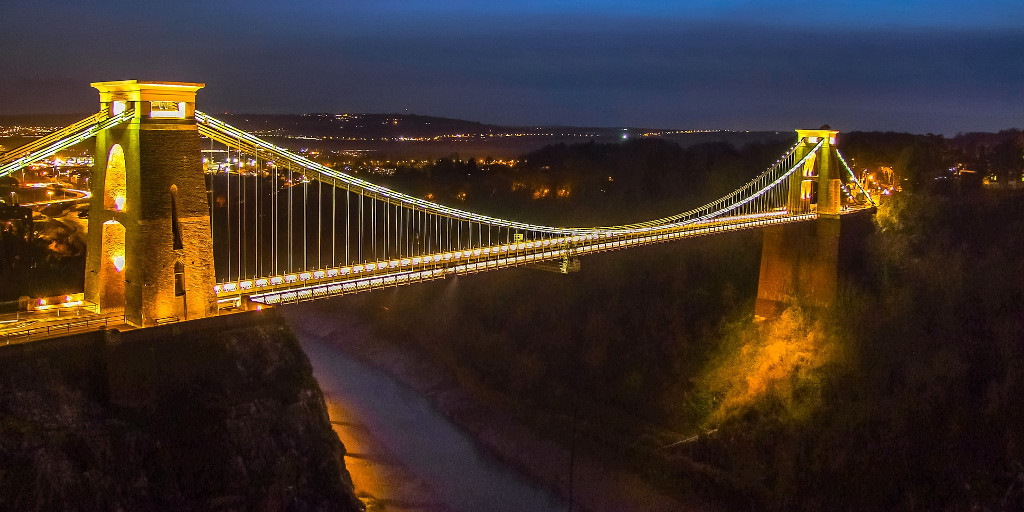 Bristol city straddles the River Avon in the southwest of England. It had a prosperous maritime history, but the former city-centre port is now a cultural hub, the Harbour-side, where the M Shed museum displays local social and industrial heritage.

Restaurants, shops and cultural institutions such as contemporary art gallery The Arnolfini have made the harbour's 19th-century warehouses their home.


Bristol is the ninth-largest metropolitan economy in the UK by GDP (46.2 billion PPP) and was a starting place for early voyages of exploration to the New World. In 1499 Bristol merchant William Weston, was the first Englishman to lead an exploration to North America. In 1497 John Cabot sailed on a ship out of Bristol and became the first European since the Vikings to land on mainland North America.

From 1700 to 1807 was the height of the Bristol slave trade, and more than 2,000 slave ships carried an estimated half a million people from Africa to slavery in the Americas. The Port of Bristol has since moved from Bristol Harbour in the city centre to the Severn Estuary at Avonmouth and Royal Portbury Dock.

Creative media, electronics and aerospace industries form the heart of Bristol's modern economy, and the city-centre docks have been redeveloped as centres of heritage and culture.

The city has two universities, the University of Bristol and the University of the West of England, and a variety of artistic and sporting organisations and venues including the Royal West of England Academy, the Arnolfini, Spike Island, Ashton Gate and the Memorial Stadium. It is connected to London and other major UK cities by road and rail, and to the world by sea and air: road, by the M5 and M4 (which connect to the city centre by the Portway and M32); rail, via Bristol Temple Meads and Bristol Parkway mainline rail stations; and Bristol Airport.

Some interesting pages about Bristol :-